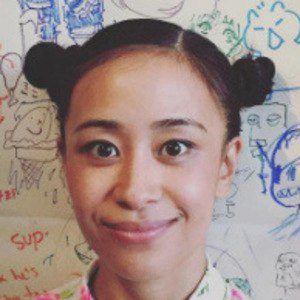 Writer and actress who has been seen in recurring roles on shows like Hannah Montana and Big Time Rush. She is also a filmmaker known for the short films released to her YouTube channel charstarleneTV and for her feature film Unlovable.

At six years old, after watching Rudy Huxtable tap dance on The Cosby Show, she begged her parents for dance lessons. She then spent her formative years in various dance competitions.

A theatre performer, she toured the United States as a member of an Off-Broadway production of STOMP.

A California native, she is of Filipino descent.

During her tenure on the show Big Time Rush, she appeared alongside Kendall Schmidt and James Maslow.

Charlene deGuzman Is A Member Of