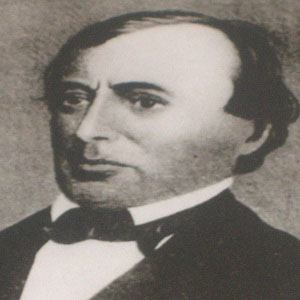 In late 1846, Bent became the New Mexico Territory's first governor. A few months later, he lost his life in the Taos Revolt of 1847.

Before entering politics, he had a successful career as a fur trader. In the early 1830s, he and fellow trader Ceran St. Vrain formed the Bent & St. Vrain Company.

One of the trading posts he frequented (located in La Junta, Colorado) was designated a National Historic Site after his death.

The child of Missouri Supreme Court judge Silas Bent and the brother of rancher and trader William Bent, Charles Bent was born in Charleston, West Virginia (which was then considered part of Virginia) and raised in St. Louis, Missouri. He relocated to the New Mexico Territory in his late twenties and, in 1835, married Taos native Maria Ignacia Jaramillo.

Charles Bent Is A Member Of