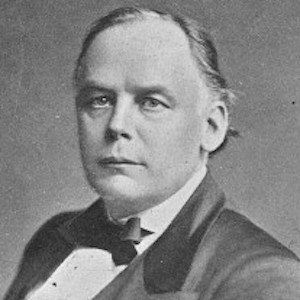 One of the most famous English atheists of the 19th century. He founded the National Secular Society in 1866.

He left school and worked as an office errand-boy and as a clerk to a coal merchant.

He married the daughter of a working plaster.

He and William Rowe were both well known atheists.

Charles Bradlaugh Is A Member Of