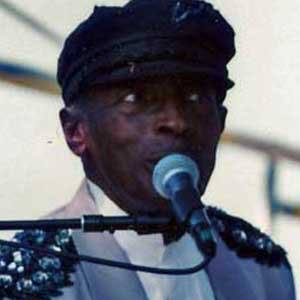 Blues singer and performer of the 1940s and 1950s who released the hits "Driftin' Blues" and "Merry Christmas Baby."

He was a chemistry teacher at George Washington Carver High School in Baytown, Texas, as well as working for a mustard gas manufacturer and as an apprentice electrician.

He was inducted into the Rock and Roll Hall of Fame and was honored with the National Endowment for the Arts' National Heritage Fellowship and the W. C. Handy Award.

His family noticed and nurtured his affinity for music and enrolled him in classical music lessons.

He was a member of Johnny Moore's Three Blazers, the group that took Nat King Cole's place on the L.A. blues club scene when Cole gained national fame.

Charles Brown Is A Member Of