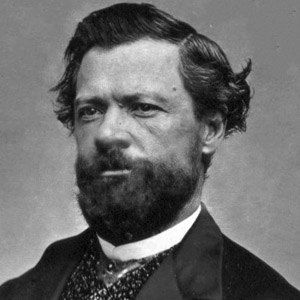 Called the Father of Arizona, his trailblazing and lobbying helped to establish the territory, and eventually the state.

Traveling to California during the gold rush, he found employment with an exploring and mining company operating in territories newly acquired from Mexico.

With connections in Washington D.C., he lobbied for the creation of the Arizona Territory, saying it would help the Union in the Civil War.

Born near Elizabethtown, Kentucky, he was orphaned at age 12. Family troubles forced him to seek his fortune in the west.

He was the first in a line of great Arizona politicians, including Carl Hayden.

Charles Debrille Is A Member Of