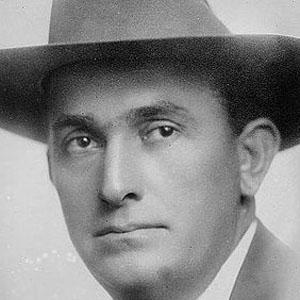 Long-tenured Arizona senator who was the first member of Congress to serve seven terms. He was known as the "Silent Senator" because he rarely spoke on the floor but instead wielded his influence in committee meetings.

He became involved in local politics as a county representative at a democratic committee, and then voted to the Tampe town council, eventually winning a seat on the House of Representatives.

He wielded considerable influence in back-room meetings, with the result, as the Los Angeles Times called it, that other senators were ready to concede him everything to enlist his help.

He was born in the future town of Tempe, Arizona, to Charles Trumbull Hayden and Sallie Calvert Davis.

His successor as Arizona Senator was Barry Goldwater, a highly influential figure in his own right, despite a shorter tenure.

Carl Hayden Is A Member Of