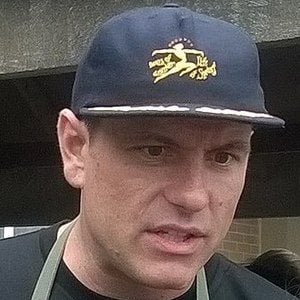 Celebrity chef who hosted cooking shows in the U.S. and Canada and competed in Iron Chef America.

He opened the Montreal restaurants Garde Manger and Le Bremner.

He hosted the Canadian Food Network show Chuck's Day Off, which later aired in the United States on the Cooking Channel.

He grew up near Montréal, Québec.

Chuck Hughes Is A Member Of