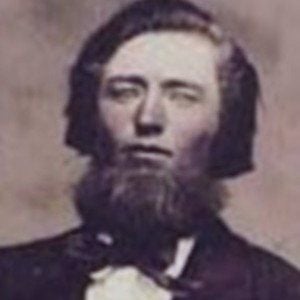 Father of author Laura Ingalls Wilder who wrote the popular Little House on the Prairie book series. He helped organize and was an active member of the Congregational Church in De Smet, South Dakota.

He was the second of nine children and became an accomplished carpenter and farmer as a young man.

He moved his family frequently, going from Wisconsin to Kansas to Iowa in a matter of years.

He was married to Caroline Ingalls from 1860 to 1902 with whom he had daughter Laura.

Melissa Gilbert played the role of his daughter Laura Ingalls in the television show based on her books, Little House on the Prairie.

Charles Ingalls Is A Member Of