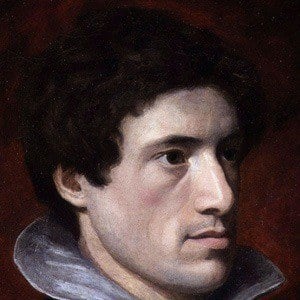 A beloved English essayist and children's book author, he is most famous for works such as Essays of Elia (1823) and Tales from Shakespeare (1807). His other works include John Woodvil (a poetic play) and The Pawnbroker's Daughter.

His stutter, which developed during his time at boarding school, kept him from pursuing a career as a cleric. Instead, he became a writer; he published his first sonnets in 1796.

He suffered throughout his adult life from both depression and alcoholism.

He was born to John Lamb and Elizabeth Field in London, and he was close to his older sister, Mary, throughout his life. At the age of forty-four, he fell in love with Fanny Kelly, an actress. He proposed to her, but she denied his request, and he never married.

He was a lifelong friend of Samuel Taylor Coleridge.

Charles Lamb Is A Member Of