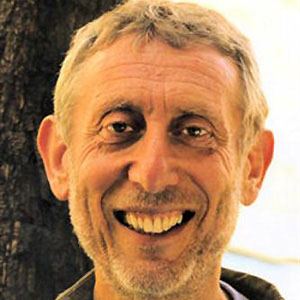 Children's author and poet who penned well over a hundred books. His best known works include Wouldn't You Like to Know (a volume of children's poetry) and Michael Rosen's Sad Book (an illustrated book for young children on the topics of death and grief).

He was named the fifth Children's Laureate of Great Britain in 2007.

He had two children with his third wife, Emma-Louise Williams. He became a father to three other children over the course of his first two marriages. Sadly, his son Eddie died of meningitis at the age of eighteen.

He succeeded Jacqueline Wilson as Children's Laureate in 2007.

Michael Rosen Is A Member Of