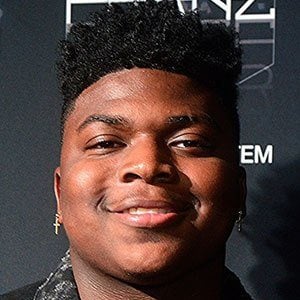 Actor recognized for both his recurring television roles as well as his feature film appearances. He is best known for having portrayed the character Chubbs in the 2020 feature The Way Back.

He started his acting career in 2016 by appearing in several short films such as Forgiveness and The Movie. He started gaining further attention in 2019 when he guest starred on an episode of Modern Family.

He appeared as a guest on the Good Morning America show in February of 2020.

He featured his mother in several throwback photos he shared through his Instagram in January of 2020.

He posted a photo with his The Way Back co-star Ben Affleck through his Instagram in January of 2020.

Charles Lott Jr. Is A Member Of