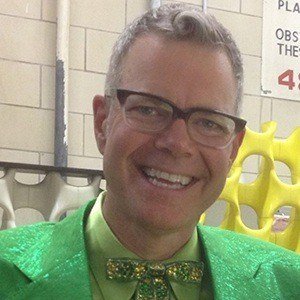 Historian and humorist who is famous for his Retro Slide Show presentations coupled with his comedic commentary. He has appeared as a guest commentator on NPR, as well as a guest judge on the popular cooking competition series Cake Wars.

He enrolled at the Fashion Institute of Design & Merchandising in 1992. He first gained work as a fashion designer following graduation before beginning his vintage film collection and his Retro Slide Shows in the mid-1990s.

He has also garnered popularity for his test kitches, where he has gained fame for his eccentric food concoctions. His Cherpumple dessert dish was called "awesome and absolutely offensive" by The Huffington Post.

His father was a used car salesman, while his mother remained at home to raise him.

He made his second appearance on Conan O'Brien's Conan in 2013 to showcase his test kitchen results.

Charles Phoenix Is A Member Of