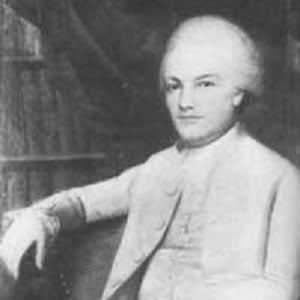 From 1806 until 1808, this Federalist-turned- Democratic-Republican Party politician held office as South Carolina's thirty-seventh Governor. Earlier in his career, he had served in the Revolutionary War-era Continental Congress and had signed the United States Constitution.

Before beginning his political career, he was a Charleston-based lawyer and a soldier (and eventual prisoner of the English) in the 1779 Siege of Savannah.

He managed the South Carolina operations of Thomas Jefferson's 1800 presidential campaign and subsequently served as Jefferson's Minister to Spain.

A native of Charleston, South Carolina, he was the son of Colonel Charles Pinckney and Frances Brewton Pickney. His marriage to Mary Eleanor Laurens resulted in children named Frances, Mary, and Henry.

Pinckney and Edmund Randolph both made important contributions to the drafting of the U.S. Constitution.

Charles Pinckney Is A Member Of