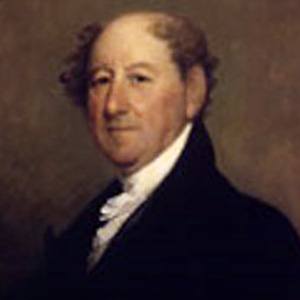 Lawyer and statesman who was a party to the Constitutional Convention and signed the Constitution. He represented New York in the United States Senate from 1813 to 1825.

He graduated first in his class from Harvard in 1777.

His family's conspicuous wealth made them a target of vandalism during the Stamp Act protests in 1776.

His father in law was a delegate to the Continental Congress.

He was in the cabinet of Thomas Jefferson.

Rufus King Is A Member Of