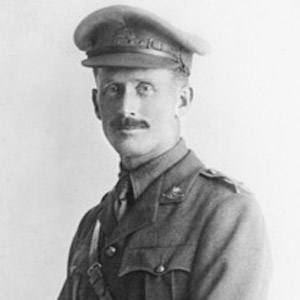 Lieutenant in the Australian Army who was posthumously awarded the Victoria Cross for his courageous actions during the Battle of Lagnicourt in World War I.

He worked for the Metropolitan Police in England before resigning and moving to Australia.

The Repatriation General Hospital, Hollywood named the Charles Pope Ward after him.

He had two children, Maude and Charles William, with wife Edith Smith.

Poet Edward Thomas was also killed in the Battle of Lagnicourt.

Charles Pope Is A Member Of