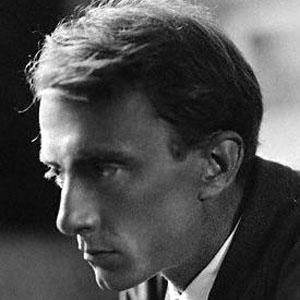 He was born in London and attended college in Oxford. Upon graduation, he became a book reviewer.

He and sixteen other War Poets were honored on a stone plaque at Westminster Abbey.

He married Helen Thomas, with whom he had three children: Merfyn, Bronwen, and Myfanwy.

Robert Frost's famous poem, "The Road Not Taken," inspired Thomas to enlist as an older man in World War I. Sadly, this decision cost Thomas his life.

Edward Thomas Is A Member Of