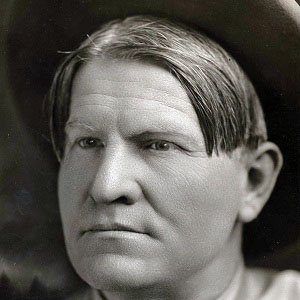 Remembered for thousands of Western character and landscape paintings, as well as for Western-themed bronze sculptures, Charles "the cowboy artist" Russell is perhaps most well known for his mural Lewis and Clark Meeting the Flathead Indians, his painting The Hold Up (20 Miles to Deadwood) and his sculpture Buffalo Hunt.

During his childhood years, he crafted drawings and clay sculptures of animals; became a horseback rider; and read numerous books about the American West. In his mid-teens, he began working on a Western ranch.

In 2005, his painting Piegans was auctioned for over 5.5 million dollars.

He spent his youth in St. Louis, Missouri, and later relocated to Great Falls, Montana. When he was in his early thirties, he married an eighteen-year-old named Nancy.

He and Tom Lovell both rose to fame for their Western-themed artworks.

Charles Marion Russell Is A Member Of