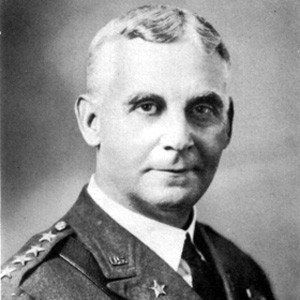 Four-star general and World War I hero who led the entire U.S. Army during the interwar period.

He fought in the Philippines and in China during the early 1900s.

He served on the American delegation to the Paris Peace Conference in 1919.

He grew up in Blunts Ferry, Florida.

Charles Pelot Summerall Is A Member Of