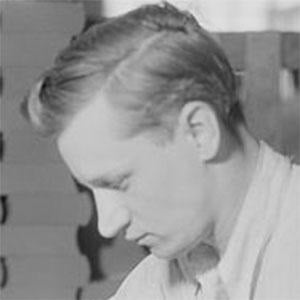 A Canadian author, broadcaster, and Evangelical Christian-turned-agnostic, he is known for hosting the daily radio show, Dialogue. His published works include Act of God (1977) and The Third Temptation (1980).

He managed to find work as a sports cartoonist for The Golden Mail during the Great Depression. After converting to Christianity in the mid-1930s, he founded a Toronto evangelical church called Avenue Road Church of the Nazarene.

His 1975 novel, The Kidnapping of the President, was later turned into a feature film.

He was married three times-- to Constance Oroczy, Sylvia Murphy, and Madeleine Stevens Leger-- and he fathered four children. His three sons were named Michael, Tyrone, and Bradley, and his daughter was named Deborah.

Charles Templeton Is A Member Of