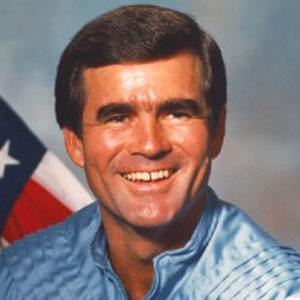 Astronaut who flew two space missions in the early 1990s and logged more than 430 hours in space.

He flew 275 combat missions in the Vietnam War, and altogether logged over 5,000 flying hours.

His first mission to space was to deliver the LAGEOS satellite, used to later study the atmosphere and the Southern Lights.

He had two children with wife Alice Meigs Scott.

Eugene Cernan, who flew on the Apollo moon landing, was another Illinois-born astronaut.

Charles Veach Is A Member Of