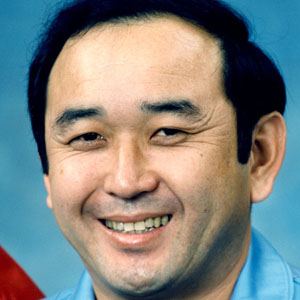 Astronaut aboard Space Shuttle Discovery on STS-51-C and the first Asian-American to fly into space.

He served as a test pilot in the U.S. Air Force, before being selected for the astronaut program by NASA.

He was on Space Shuttle Challenger when it was destroyed shortly after launch due to a fuel tank rupturing.

He had two daughters with wife Lorna Leiko Yoshida, whom he married in 1969.

Judith Resnik was also one of the crew on the Space Shuttle Challenger when it was destroyed.

Ellison Onizuka Is A Member Of