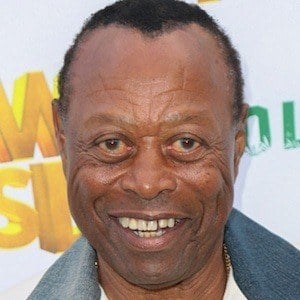 Known best as the founder and frontman of the Los Angeles-based group Charles Wright & the Watts 103rd Street Rhythm Band, this funk and soul singer and guitarist was responsible for hit songs such as "Till You Get Enough," "Express Yourself," and "Do Your Thing."

Early in his career, he performed with doo-wop bands such as the Twilighters, the Turks, and the Shields.

Daryl Dragon (of Captain & Tennille) was one of the original members of Wright's band.

Born in Clarksdale, Mississippi, he moved to Los Angeles during his early teenage years. His nephew, Eazy-E (born Eric Lynn Wright), was a rapper with the Compton, California-based hip-hop group N.W.A.

R&B drummer James Gadson was one of the members of Charles Wright & the Watts 103rd Street Rhythm Band.

Charles Wright Is A Member Of