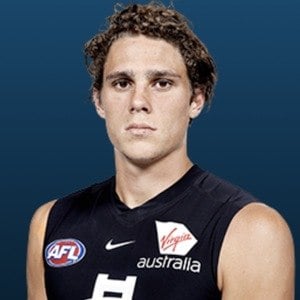 Professional Australian rules footballer who gained fame playing for the Carlton Football Club in the AFL. He received a nomination for the 2017 AFL Rising Star award.

He started his career by playing football for the Geelong Falcons in the TAC Cup.

He was recruited by the Carlton Football Club with a first-round selection in the 2015 AFL national draft.

His brother, Ed Curnow, also played at Carlton. He has two sisters, Charlotte and Eliza, and a brother named George.

He became teammates with Jack Silvagni in 2016.

Charlie Curnow Is A Member Of