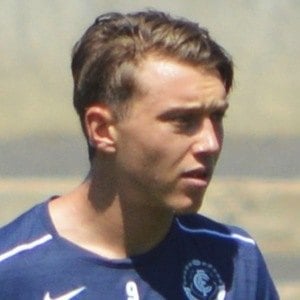 13th overall selection in the 2013 AFL National Draft who was selected by the Carlton football club. He found success early in his career with accolades that include being a 2015 John Nicholls Medallist and a 2015 Rising Star runner-up. He was also named to the 2015 22under22 team.

While residing in Northampton, he began playing junior football. He then moved to Perth where he played with the East Fremantle Football Club of the West Australian Football League.

He was vice-captain and earned himself a spot in the All-Australian Team at the 2013 AFL Under 18 Championships. In 2019, he averaged 8.5 clearances, 17 contested possessions, and 6.2 tackles a game for the season.

He was born in Perth and would reside throughout his life in Northampton, Perth, and Melbourne. Two of his cousins have also played in the Australian Football League.

He and Matthew Kreuzer were both first round selections of the Carlton Football Club.

Patrick Cripps Is A Member Of