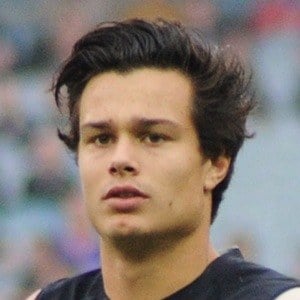 Australian rules football player who has been a member of the Carlton Football Club. He was drafted with the 53rd selection in the 2015 AFL draft.

He attended Xavier College in Kew, Victoria in Melbourne, Australia.

His father and grandfather have both played for Carlton Football Club.

He has been an Australian rules football player, much like Eric Wallace.

Jack Silvagni Is A Member Of