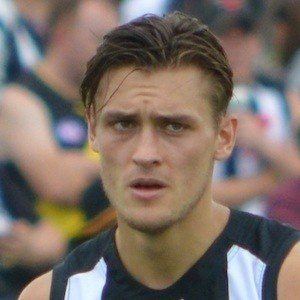 He was recruited through the father-son rule in the 2014 AFL draft. He was selected as the 9th pick that year.

His first goal came against the Western Bulldogs in Round 17 during the  2015 AFL season.

His parents are Peter and Jane Moore.

He and Isaac Heeney are both Australian Rules Footballers born in 1996.

Darcy Moore Is A Member Of