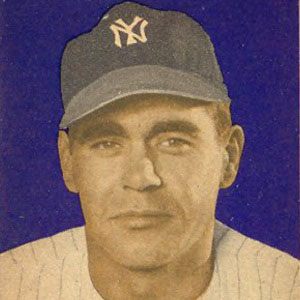 He made his debut for the New York Yankees at the age of 22.

He became the first rookie in MLB history to hit two home runs in a World Series game.

His brother Hal Keller starred for the Washington Senators as a catcher.

Charlie Keller Is A Member Of