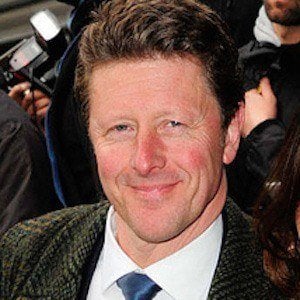 British journalist and television host best known for his work on BBC Breakfast. He also worked as a reporter for ITN's Five News and as a host for Sky News.

He began his journalism career with a Gloucester, England-based radio station.

He hosted Jailbreak, a game show that aired in 2000.

He grew up in Gloucester, England and attended Birmingham City University.

Like Peaches Geldof, he had a career as a British journalist.

Charlie Stayt Is A Member Of