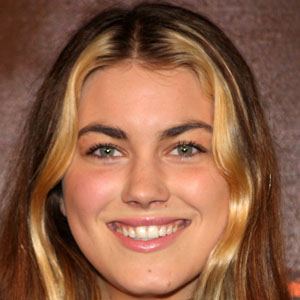 Australian actress who played Annie Campbell in the series Home and Away from 2007 to 2010. In 2018, she'd begin starring on Netflix's Tidelands as Cal McTeer.

She modeled for Barbie and Total Girl magazines in her younger years.

She and her three brothers grew up in Gosford and Sydney, Australia.

She was nominated for a 2008 Logie Award for Most Popular New Female Talent; however, fellow nominee Bindi Irwin ultimately won the honor.

Charlotte Best Is A Member Of