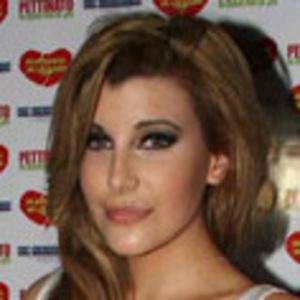 Argentine model turned reality star who rose to fame after being a contestant on the fourth season of the reality competition show Gran Hermano (Big Brother). She has also appeared in the Italian reality show L'sola dei Famosi (Celebrity Island).

She made her debut on reality TV in dancing competition show Baliando por un Sueno (Dancing for a Dream) in 2012.

She has a strong social media presence and has amassed more than 2.5 million Instagram followers and counting.

She was born in Buenos Aires and is the daughter of retired soccer legend Claudio Caniggia. Her mother is Mariana Nannis and she has two brothers, Alexander and Kevin.

Charlotte Caniggia Is A Member Of