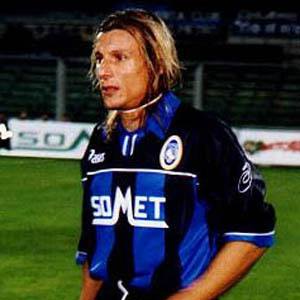 Hero of the Argentine national team in the 1990 World Cup who scored a classic goal against three Brazilian defenders.

He was a standout track and field athlete, but could not quite reach the national competition level, so he turned to soccer.

He scored four goals over the course of two World Cup tournaments.

He was born in the small town of Henderson, Argentina and raised alongside two brothers, Hugo and Diego. He married Mariana Nannis and he has three children, Charlotte, Kevin and Alexander.

He was a close friend with his national teammate, Diego Maradona.

Claudio Caniggia Is A Member Of