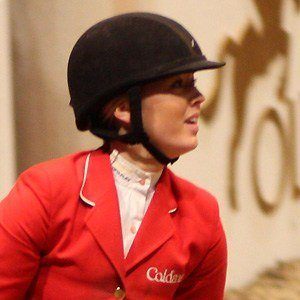 British equestrian who became known for her dazzling show jumps.

She started competing in equestrian tournaments when she was five.

She was formerly engaged to the British actor Henry Cavill, who played the title role in the 2013 Superman movie. In 2014, she gave birth to a son named Henry.

Ellen Whitaker Is A Member Of