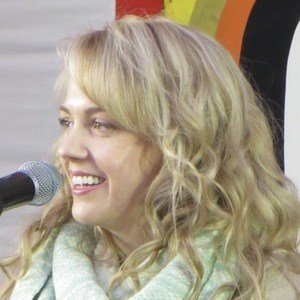 Television and film actress who is predominantly recognized for her work on Japan Broadcasting Corporation's morning drama series Massan. She was the first non-Japanese heroine of an Asadora series.

She worked as a personal assistant for America's Most Wanted's John Walsh.

She made her professional acting debut at age 16 in an episode of the Starz series Crash.

She is the daughter of Edward Latin Varney III and Cynthia Demo. She has two siblings.

She and Naomi Nishida both starred on the series Massan.

Charlotte Fox Is A Member Of