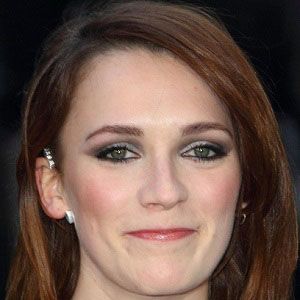 Known for her role as Barbara Gilbert on the BBC series Call the Midwife and for her portrayal of Oregon on the Channel 4 series Fresh Meat, Ritchie is also notable for her work as a singer and songwriter with the British operatic pop crossover band All Angels.

She recorded her first album with All Angels in 2006. Around this time, she earned an undergraduate degree in Theater and English from the University of Bristol.

In 2014, she began acting in the BBC Three comedy series Siblings.

She was born and raised in London, England. Her All Angels band 'family' includes Daisy Chute, Melanie Nakhla, and Rachel Fabri.

She costarred with Michael Sheen in a short film titled The Open Doors.