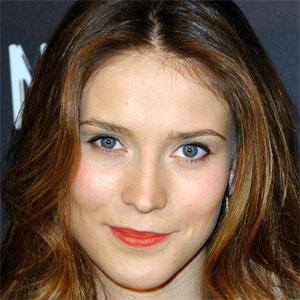 Actress best known for her role as Dr. Sam Nicholls on the BBC one medical drama Casualty, about the emergency department at the fictional Holby City Hospital.

One of her first acting performances was in the 2001 film the Whistle-Blower.

She also appeared on U.S. screens in the crime drama CSI and in the film Beowulf, alongside Angelina Jolie.

She was born in Staffordshire, England, and raised with her younger sister, Abbie, also an actress. In 2014, she married actor Oliver Coleman.

She appeared as Lady Ursula Misseldon in the third series of The Tudors, starring Jonathan Rhys Meyers.

Charlotte Salt Is A Member Of