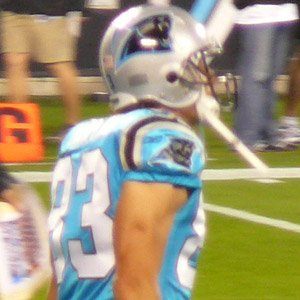 NFL wide receiver who debuted in 2009 for the Carolina Panthers.

He made the first team All Lone Star Conference three times while playing at West Texas A&M.

He caught his first NFL touchdown pass during the 2012 preseason as a member of the Seattle Seahawks.

His family has lived in Farmington, New Mexico, where he spent most of his childhood.

He debuted in the NFL as a wide receiver for Panthers quarterback Jake Delhomme.

Charly Martin Is A Member Of