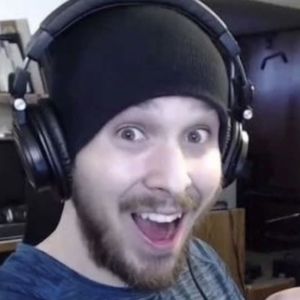 Former YouTube phenomenon as a comedian, animator and gamer who accumulated more than 1 million subscribers on his Charmx channel. His Charmx2 channel, created in February 2017, showcased his reaction videos and has earned more than 200,000 subscribers. He launched his Charmx3 channel in November 2017.

He created his first channel, TheCriticalBastard or TCB (initially called DoYoTing), in March of 2013. It wasn't until April of 2014 that he would create what would become his main channel.

He ended his CharmxGames channel in February of 2016 to avoid a third strike on the channel. He launched a channel simply called Charmx in July 2017. In March of 2021, he posted his last video explaining that he was done with YouTube because of its content rules.

His name is Karl Cloutier and he is from Ontario, Canada.

He created a reaction video in response to MattyB's "You Are My Shining Star."

Charmx Is A Member Of