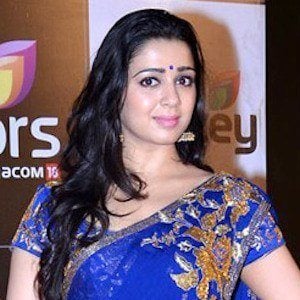 Film actress who is recognized for having won the Nandi Award for Best Actress for her work in the 2007 film Mantra. In 2011, she starred in the Bollywood blockbuster Bbuddah... Hoga Terra Baap.

In 2015, she made a cameo appearance in the action film 10 Enradhukulla.

She has a brother named Mickey Uppal.

She starred alongside Amitabh Bachchan in Bbuddah... Hoga Terra Baap.

Charmy Kaur Is A Member Of