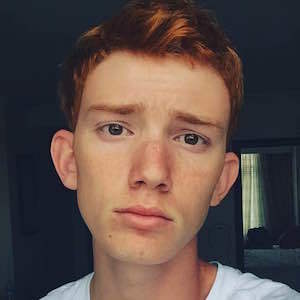 Suicide elimination and anti-bullying advocate who created the social media project which he titled The Inspiring Project. He had inspired close to 100,000 youths as of the summer of 2016. His Instagram account is followed by 40,000.

The idea of The Inspiring Project began around the time he created his Instagram account in December of 2013. He would post inspirational photos and phrases that began to make an impact in the social media world.

He received an Anti-Bullying Award from The Division of Prevention and Behavioral Health Services in Delaware in 2015.

He is from Delaware.

Both he and Emma Fitz have used their social media presence to advocate for social issues in which they wish to have a voice.

Chase Marvil Is A Member Of