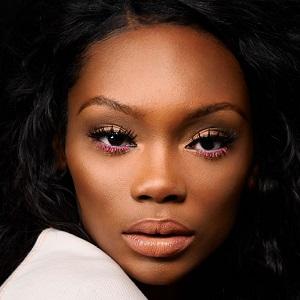 Model and emerging songstress who has worked with major brands, including Karmaloop, Mishka, Married to the Mob, and more.

She is an Army veteran. She moved to New York City after her service.

She has walked the runway for Michael Costello.

She is a native of southern Dallas, Texas.

Chasity Samone Is A Member Of