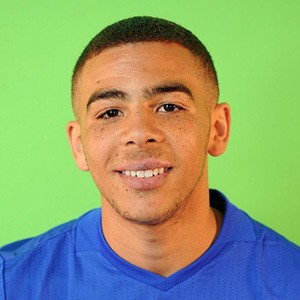 League One footballer with Sheffield United who then signed with Birmingham City in the Championship club in 2016. He plays both forward and midfield.

He played youth football for Highfield Rangers. He joined Coventry City's youth academy as a seven-year-old.

He has represented England at the under-20 level. He was the Sheffield Star Young Player of the Year in 2016-2017.

His full name is Che Zach Everton Fred Adams. His father is from Antigua and he was invited to join the Antigua and Barbuda squad for Caribbean Cup qualifiers in October 2014. He declined the invitation.

Harry Redknapp has been his manager when he was part of Birmingham City.

Che Adams Is A Member Of