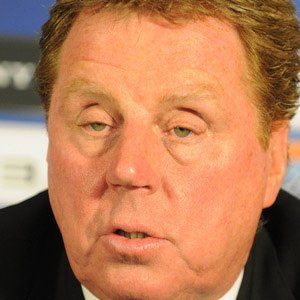 Former midfielder whose career spanned from 1965 to 1982; became a manager after retirement, leading Tottenham Hotspur from 2008 to 2012 before taking over the reigns for the Queens Park Rangers.

He made his professional debut with West Ham United in 1965 and went on to spend 7 years with the club.

He received his first managing role with Bournemouth in 1983. In 2018, he won the game show I'm a Celebrity...Get Me Out of Here.

He had two children with his wife Sandra Redknapp.

Harry Redknapp Is A Member Of