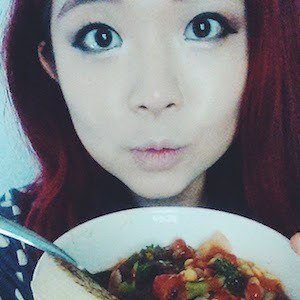 Blogger and vlogger known for the lifestyle and recipe tips posted to her Cheap Lazy Vegan YouTube channel. Her many vegan-eating tips and tutorials have earned her more than 750,000 subscribers.

In May 2015, she opened her YouTube channel with the debut video "Cheap Lazy Vegan - What I eat in a day + Intro!"

She has an additional YouTube channel outside her vegan channel called The Rosatron, an informal vlogging channel.

A collection of popular YouTubers appear in her video "YOUTUBERS TRY VEGAN FOOD." Some of those YouTubers include Hannah Leigh and Steven Bridges.

Cheap Lazy Vegan Is A Member Of