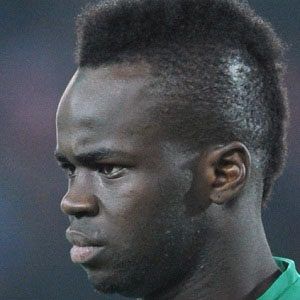 Midfielder who played for Newcastle United from 2010 to 2017. He was also a member of the Ivory Coast national team from 2009 to 2015. He passed away at the age of 30 after collapsing during training with his team Beijing Enterprises.

He went to the Netherlands after playing minor-league soccer in the Ivory Coast, where he eventually signed with FC Twente for €750,000.

His tough tackling earned him the ire of opponents and scores of yellow cards from the referees.

He was born in Yamoussoukro, Ivory Coast, where his family could not afford even a pair of soccer shoes for him until he was 15.

He played for Newcastle United under the ownership of GM Alan Shearer.

Cheick Tiote Is A Member Of