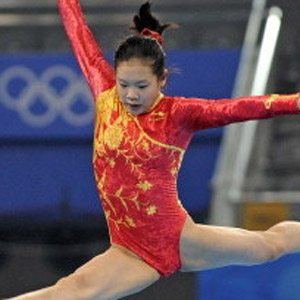 Versatile gymnast who won three medals at the 2008 Olympics: gold in the team event, and bronze in the vault and balance beam.

She won her first gymnastics competition at five years old.

Her mother worked in a tire factory, and her father was a shipping clerk.

During the balance beam competition at the Olympics, she finished just behind gold-medalist Shawn Johnson, who called her an inspiration.

Cheng Fei Is A Member Of