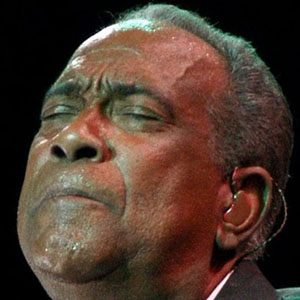 Singer and songwriter who became known for his work in the bolero and salsa musical genres. During the 1960s, he recorded Steppin' Out, Red Hot and Cha Cha, and numerous other albums with the Joe Cuba Sextet.

He grew up in Puerto Rico. In his late teens, he relocated to New York City's Spanish Harlem neighborhood.

During the late 1960s, he sang with the orchestra of jazz and Latin fusion musician Eddie Palmieri.

Cheo Feliciano Is A Member Of