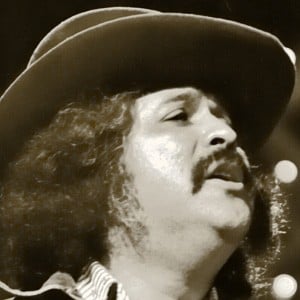 Texas-based Tejano country singer who sang the 1970s singles "Before the Next Teardrop Falls" and "Wasted Days and Wasted Nights."

He dropped out of school at age sixteen and served in the U.S. Marine Corps for three years.

He also worked with the groups Los Super 7 and the Texas Tornados during his five-decade singing career.

He released a Spanish cover of Elvis Presley's hit "Don't Be Cruel" in 1957.

Freddy Fender Is A Member Of