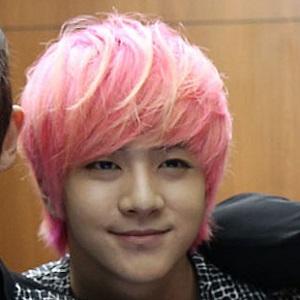 South Korean vocalist known by the stage name Thunder who gained famed as a member of the boy band MBLAQ. He announced his departure from the group in 2014. He has also made numerous appearances on reality shows like Star King and We Got Married.

His original dream was to become a professional soccer midfielder. At age 14, he became inspired by the Korean singer Rain, and realized then that he would like to become a singer.

His good looks have led to a career in modeling, and he was named by Wanna Girls magazine as a Fashionista Icon. He can also speak conversational Mandarin and Japanese.

His older sister Sandara Park is famous for being a member of the South Korean girl group 2NE1.

He was a special guest MC alongside Lee Joon as host of "M! Countdown" in 2013.

Cheondung Is A Member Of