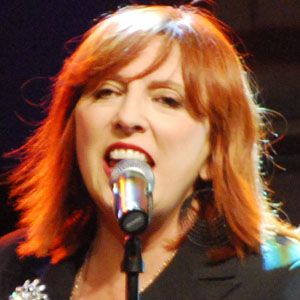 Singer best known as a member of the Grammy-winning vocal group The Manhattan Transfer. As a solo artist, she has released albums like 1992's Something Cool.

She joined her father's Dixieland band as a teenager.

She was inducted into the Vocal Group Hall of Fame as a member of The Manhattan Transfer.

She married pianist Corey Allen, with whom she had a daughter named Zoe in 1995.

She shared a Grammy for Best Vocal Arrangement for Two or More Voices with Bobby McFerrin for their work on the song "Sassy."

Cheryl Bentyne Is A Member Of