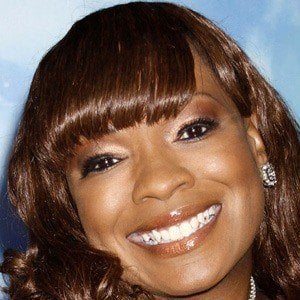 R&B artist and gospel singer whose 1988 single "Thanks for My Child" hit #32 on the pop charts. Also an actress, she has appeared in several of Tyler Perry's stage productions, including Madea's Class Reunion and Why Did I Get Married?

She worked as a nurse for handicapped children before starting her music career.

In 2006, she released a comeback album called Let Me Be Me.

She married Mike Grace in 2003 and they have a son named John. In an interview, Riley mentioned that she and Grace had divorced.

Cheryl Pepsii Riley Is A Member Of